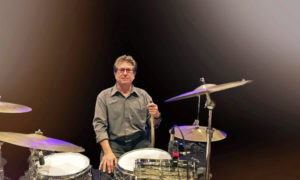 Billy Jones is a jazz drummer based out of Philadelphia, PA and Monterey, CA who has shaped some of the most important jazz records and performances of our time.

On top of that, Billy has played in a Carnegie Hall performance with the Jubilate Deo Chorale and Orchestra in a Christmas concert sponsored by the Vatican Delegation to the United Nations, performed in numerous jazz festivals in the Philadelphia/New York/New Jersey area including The Cape May Jazz Festival, and served as judge to many college and high school jazz. He was even featured in Modern Drummer magazine in a 1985 article entitled, “The Drummers of Atlantic City.”

With all of these accomplishments, accolades, and experiences, Billy Jones is still as passionate as ever about jazz music and strives each day to push the boundaries of the genre with exciting and innovative new music.

Monk and Me, The Brian Trainor Trio, Summit Records

1986    A Day in the Life of Pennsylvania, Bell Atlantic film soundtrack (producer and performer)